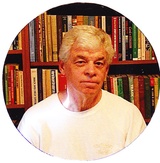 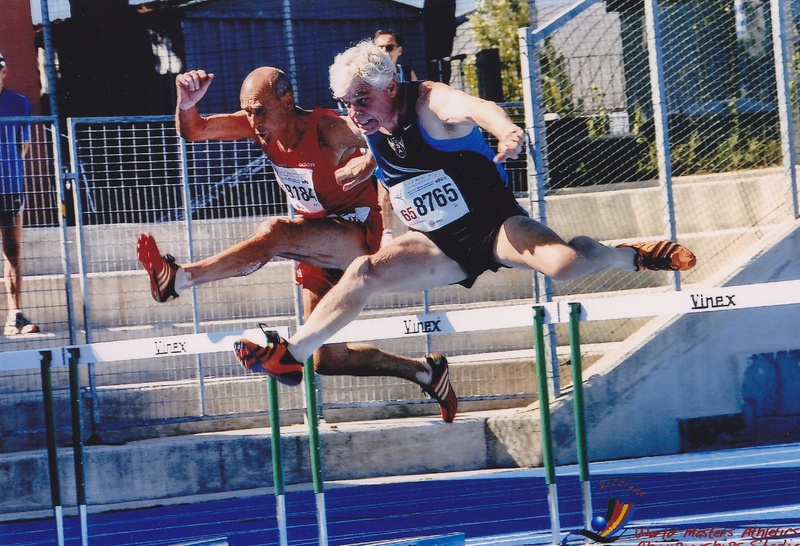 Bob Osterhoudt was born in Scranton, Pennsylvania, U.S.A. in 1942. After three years in the United States Army, he won B.S. and M.S. degrees from the Pennsylvania State University and a Ph.D. degree from the University of Illinois. He was for more than thirty years a professor of humanistic subjects (mainly historical and philosophical subjects concerning sport) at Lock Haven (Pennsylvania) State College (where he was also the head cross-country and track and field coach), State University of New York at Brockport (where he was too the head track and field coach), University of Minnesota, Arizona State University, and Semmelweis University (on Fulbright Fellowship in Budapest, Hungary). He has lectured in Europe, the Middle East, and Asia, as well as in North America; has taught, conducted research, and directed graduate theses and dissertations in the United States; and has published widely in national and international contexts. His acclaimed The Philosophy of Sport: An Overview is a strictly philosophical analog of Sport as a Form of Human Fulfillment: An Organic Philosophy of Sport History. He was the (founding) Editor of the foremost journal in his field, Journal of the Philosophy of Sport, has been President of the leading organization in his field, International Association for the Philosophy of Sport, and has won the Commendation for Research in the International Carl Diem Contest (from the German Sports Federation). For more than sixty-five years, he has also participated in track and field athletics, variously at the interscholastic, intercollegiate, club, military, and masters levels; has been a state champion (and record holder), regional champion, national champion (and record holder), continental champion, and world medalist, principally at the masters level in the hurdles, hammer throw, and decathlon; has achieved All-American masters distinction in the hurdles, jumps, throws, pentathlon, throws pentathlon, and decathlon; and was the Grand Canyon (Arizona) State Games Male Athlete-of-the-Year in 1999. 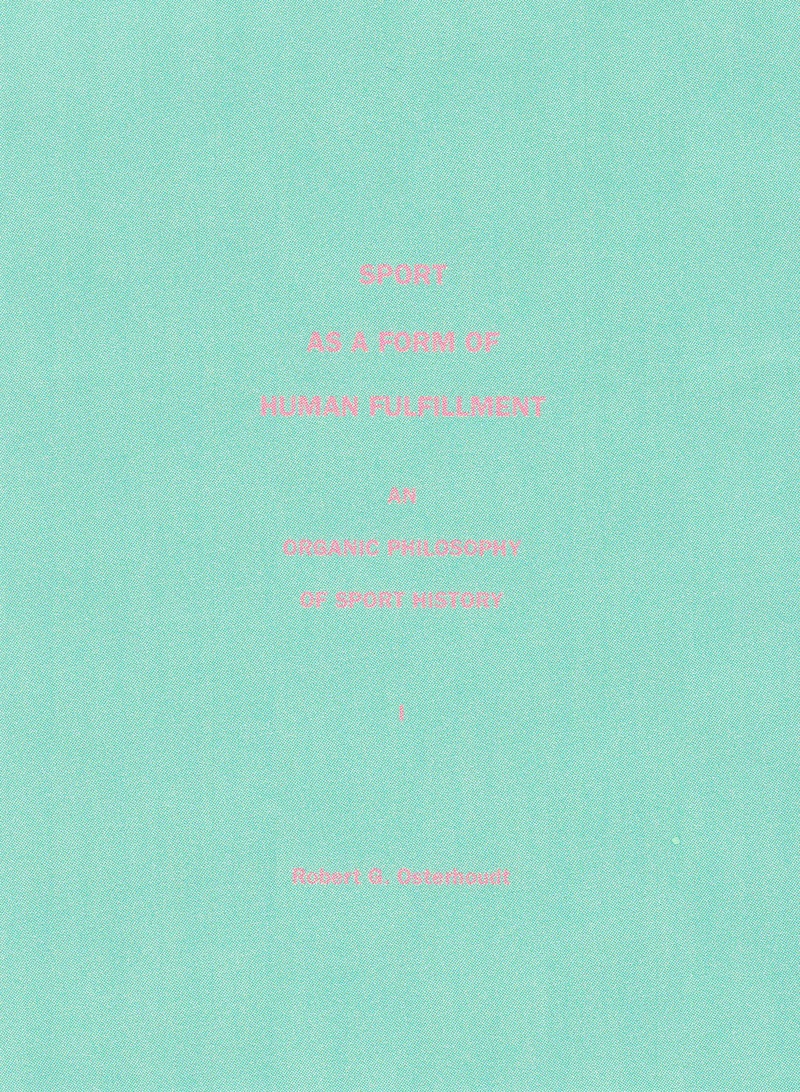 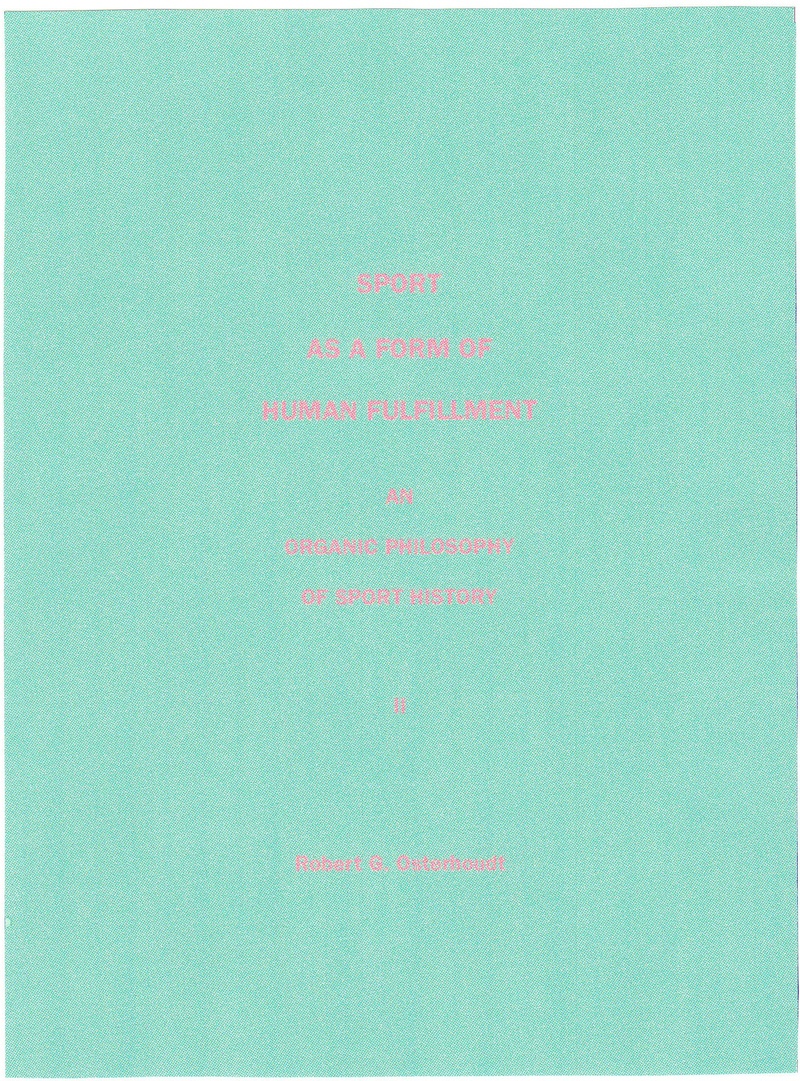 Sport as a Form of Human Fulfillment: An Organic Philosophy of Sport History

The principal subject of this modest manuscript is sport. Few subjects are more widely acclaimed, touch the popular imagination more deeply, but are less earnestly studied than sport. What little reflective thought has been devoted to the subject has been of a largely scientific (as distinct from a humanistic) type. Most of this thought concerns the biological, psychological, or sociological character of the activity as against its historical or philosophical dimensions. Although rarely spoken of in exacting historical or philosophical terms, an authentic understanding, appreciation, and practice of sport nonetheless depend necessarily on accounts that show its origin and development (on historical accounts) as well on accounts that reveal its essential nature and purpose (on philosophical accounts). Together, historical and philosophical interpretations of sport -- the so-termed humanistic perspectives of sport -- demonstrate the basic place of sport in human life, the basic place of sport in the full relief of human experience as such. These accounts disclose what sport has been and what it is ultimately for. They reveal the grounding charms of sport in distinctly human terms and they also illumine the wider character of humanity itself (insofar as humanity has expressed itself as persistently as it has in sporting terms). Humanistic interpretations of the sort here advocated demonstrate both that sport forms an integral aspect of human experience and that it is also a fundamental expression of that experience. In the creative flow of human activity, sport has had a conspicuous (if a formally neglected) place and it therefore figures importantly in any serious examination of genuine human experience.

The purpose of this manuscript is to show, in broad overview, the origin, development, nature, and purpose of sport from its first appearance in the ancient primitive world to its elaborate place in contemporary modern civilization; to give a systematic and comprehensive account of sport as a function of the cultural events that have embodied it throughout its occasion in human affairs; and to do all of this under the interpretive gaze of an organic world view. The result is a synthetic precis of the accomplished historical and philosophical literature's collective judgment concerning sport in the wide context of human culture from the perspective of the organic thesis. The result is an organic philosophy of (world) sport history in which the essential factors (the characteristic and decisive factors, the dominant tendencies) concerning the origin, development, nature, and purpose of human culture and its sporting attributes are dutifully recounted and reflectively interpreted. According to the organic thesis of life and sport, it is only by way of such a result that sport can be plausibly connected to the end of distinctly human experience and that human life itself can be waged in full accord with its own most basic and endearing tendencies.

The text works principally off of the encyclopedic and humanistic orientations of Hegel's organic metaphysics and philosophy of history. It thus begins with an account of the development of the physical world and of life in its various forms. It then turns to an examination of the origins and development of human culture in the ancient, medieval, and modern periods with special attention to sport. The governing argument of the text concludes that it is in the organic inclinations of the ancient, medieval, and modern eras that sport comes to its highest realization; it is in these inclinations that sport:

Humanism in the Arts and in Philosophy

Osterhoudt, Robert G. "A Taxonomy for Research Concerning the Philosophy of Physical Education and Sport," Quest, No. 20 (June 1973), 87-91.

Osterhoudt, Robert G. "To How a non-What (Concerning the Relationship of the Dimension of Content and Methodology within Sport Science)," Gymnasion: International Journal of Physical Education, Vol. 12, No. 4 (Winter 1975), 10-12.

Osterhoudt, Robert G. "In Praise of Harmony: The Kantian Imperative and Hegelian Sittlichkeit as the Principle and Substance of Moral Conduct in Sport," Journal of the Philosophy of Sport, Vol. 3 (September 1976), 65-81; reprinted in Gerber, Ellen W. and Morgan, William J. (eds.). Sport and the Body: A Philosophical Symposium. Second edition. Philadelphia: Lea and Febiger, 1979, 279-289.

Osterhoudt, Robert G. "Prolegomenon to a Philosophical Anthropology of Sport (Personalistic Monotheism, a Robust Sense of the Lived Body, and the Ecstasis of the Temporal Present; Cultural-Historical Characteristics Conducive to Sporting Activity as a Universal Form of Human Expression)," Philosophy in Context, Vol. 9 (1979), 95-101; indexed in The Philosopher's Index, Vol. 14, No. 1 (Spring 1980), 120.

Osterhoudt, Robert G. "Physical Education and the Classical Ideal of the Scholar-Athlete," Journal of the Arizona Association for Health, Physical Education, Recreation, and Dance, Vol. 24, No. 1 (Fall 1980), 10.

Osterhoudt, Robert G. "Some Reflections on the Curriculum of Sport Studies," Gymnasion: International Journal of Physical Education, Vol. 18, No. 3 (Fall 1981), 26-31.

Osterhoudt, Robert G. "Notes on the Nature and Significance of the Philosophy of Sport," Arizona Journal of Health, Physical Education, Recreation, and Dance, Vol. 26, No. 1 (Spring 1984), 7.

Osterhoudt, Robert G. "The Humanistic Dimensions of Sport Studies, Unidimensional Humanity, and the Tyranny of Biology," Journal of the Arizona Association of Health, Physical Education, Recreation, and Dance, Vol. 28, No. 6 (Summer 1991), 3.